What are my universal rights under Government?

From January 2003 up until January 2004 I had the experience of having to face death, every day. I lost about 40 pounds in 45 – 50 days, and after that my system continued on breaking down. I could not eat, I could not sleep. The doctors could not explain it because clinically everything was alright. Eventually, life left with me no one to depend on, in a sense that no one knew what to do or how to do it. Pain and fear became my masters.

Life itself thought me a valuable lesson. I learned that pain and fear were already present, and that they always would be… but neither fear nor pain had the power to be my master. I learned that to focus on becoming my own master was the most important thing in life. Because then you can become truly free. And what is a human being without freedom? I came out of this experience with a message I have been sharing since then. 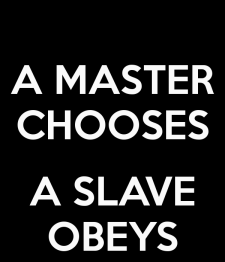 Has anyone ever insulted you? Has anyone ever cheated on you? What about the other way around? Have you ever insulted anyone or cheated on anyone? And what about the positive side… has anyone ever made you feel loved, wanted or gifted? Have you ever mad anyone feel loved, wanted or gifted? We don’t want to get hurt, but how often do we hurt ourselves and/ or others. We want to be loved but how often do we really love ourselves and/ or others. Subconsciously, most of the time…we say… “they are doing this to me”, but in fact it is: “we are doing it all to each other.”

This energy of pain, fear, joy and love…This…is universal, this is what unites us. This binds us, this is what makes us all equal.

For now I would like to discuss three basic universal rights. What are these universal rights and what do they mean to me? And, of course… what rights the individuals of government definitely do and should not have:

First universal right: The right to prosper. As a free individual you and you alone are free to decide on how to spend the fruits of your labor. In which case the government has no right to tax your income. No man has the right to force another man to give up part of his earnings, simply because the enforcer claims to know best on how to spend it in order to create a better society.

– We are trained to believe that it is normal that we can be forced to pay taxes, even when we are not really sure what this money is being spent on. Poverty, crime, violence, invasions in countries and wars have worsened. So… being forced to pay taxes… is not normal.

The right to protect yourself at all cost, under any circumstances, against anyone…regardless of their status or title. The government does not have the right to monopolize and/ or justify violence. No man has the right to arm himself, disarm others and then impose laws which grant him the justification of force on those who are non-violent. Also, no one has the right to force another or a child of another to go in to an army to learn how to kill for whatever reason. 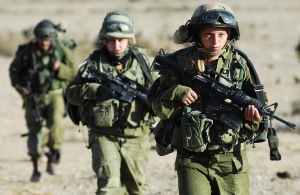 We are trained to believe that it is normal that a small group of strangers can dictate our lives, just by writing down a few words, and then backing these words up with guns. Can we truly speak of justice when the ones who swore to serve and protect us have the power to intimidate, assault or even kill us, simply when we disagree? So to believe this… is not normal. 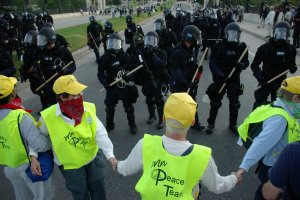 These self-proclaimed rights of government are no acts of leadership, they are acts of tyranny.

True leadership is when people, out of their free will, want to go along with the plan or idea of the so called leader. Free will… based on creativity and logic. Not based on fear backed up by force. You see, when the right to force becomes the norm, creativity, logic and consent become unnecessary…then it becomes dangerous… because…why be creative when everyone already believes that they just have to do what you say, no matter what? 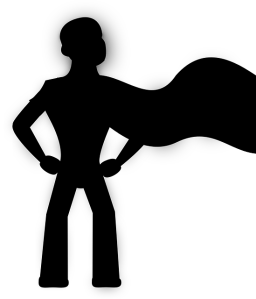 Within the concept of government we are trained to believe in the assumption that a small group of individuals do have the power or the right to give or take away these universal rights from another, because we believe that they somehow have special powers to solve society’s problems. But has the political machine really created a better world? The personality of a group of individuals in this case, the politicians, determine the personality of the political machine, globally.

The reality of a political machine as we know it today, became possible when the individuals who created this system had personalities motivated by fear, greed and pain. That is why this machine has a chain of command. Top to bottom, there for not based on equality. Titles and words like: First lady, the honorable, the authorities…. Are very common. In order for inequality to function, force and submission are necessary. And where there is force and submission, sooner or later… there is conflict and destruction. This is not strange for this political machine, because how can we expect love from a machine built on pain and fear?

I talk about tax… because money is power ….and if we keep giving away our power simply because we believe that government has the right to force tax out of us… no matter what the situation…this political machine will stay alive, and we will never experience our universal rights to the full extent. Freedom of speech is not possible without the art of understanding. And as long as we do not focus on turning our fear and pain into love, we will not be able to understand each other. We will not be able to see and trust the beauty of who we really are. Because pain and fear are our masters, and Force…. their instrument.

Only when we understand that we do not have the right to force one another…. only then…we can coexist, only then we can all prosper and live in peace. We seem to forget that man was here first, then the machine. So, a change is possible.

In order for this change to happen we have to reexamine and reevaluate our perspective on love, educate ourselves on loving ourselves and each other. We have mastered the science of technology but not yet the mystery of love. We can send rockets to the moon but when it comes down to loving ourselves and one another, we are like lost puppies. For example, look at the simple thing as love between 2 lovers. It starts off so pure, so beautiful….give it enough time and it can become something gruesome and dangerous.

So… what do we know about love? What have we been teaching all these centuries? Is our perception of love really based …on love? I think it’s time for us to really study the true meaning of love, Self-respect, respect, Freedom/free will, independence, and equality. What is my place in society? Again… Is it logical that others can decide my life and freedom for me just by writing down a few words … and on what grounds?

Ask yourselves the following questions:

Are pain and fear the dominant factors in your everyday life?
Are your universal rights really yours right now?
Are you your own master?
Are you truly … free?